Check out my new game on itch => Pixel Card Wars <=

Rogue vs Evil is a turn by turn dungeon crawling pixelart game.

Gather runic items, learn skills; and battle your way through dungeons to beat the most evil creatures roaming the land.

In each dungeon, your goal is to travel down the levels to reach the escape stair and be able to travel further north in the world map.

Please leave a kind word in the comments if you enjoy this game!

I like the art style a lot, very simple.

I see you ended development.

Shame.  I've just also tried Dugeon Mercenaries and I like them both and think they are great first releases.  Personally I'd take these tile graphics and slide them over the other game and try re-release :)

Thank you blightor for leaving a comment! I bought the tiles to this artist: https://www.oryxdesignlab.com

That is why you can find a number of games with these tiles.

Rogue vs Evil is kind of Dungeon Mercenary with tiles :-) although I simplified some mechanics (I removed runes combination for example) which were too hard to describe with text.

I guess I like the new graphics, but the old systems :)

Seems a lot like Dungeon Mercenary, but a bit stripped down.  I really liked Dungeon Mercenary; the rune system is pretty cool.  I'm glad you kept that.  I read your blog post about stopping development, and I think that makes sense, but the games were still cool, though.

Thank you for the nice words xyncht! It's always nice to hear from players!

Thanks FrothFrenzy for these gentle words, they are always appreciated! I'm happy you had some fun, that's the point of gaming after all ^^

This is an awesome game, I love it!

Do you have any plans for further updates?

Thank ChilliTech. Sadly this game did not receive enough positive feedback for me to pursue its development so the last update is likely the last. Thanks for leaving a comment!

I have read your recent blog posts. Truth be told I figure that game development would be tough for an unknown person to set out and create an audience. I have followed several game developers on many websites and most of them struggle with gaining enough popularity. Eventually most just stop pushing out any content. From what I have observed the hardest part of game development is gaining an audience and maintaining that audience. I have followed another game developer called Matt Roszak(KupoGames) for years since I save his game more then a decade ago on a flash game website. He takes years to develop his games but I still check up regularly on his Deviant Art profile.

Recently, this year I started to try and have some activity on itch.io and try and follow game developers but from what I can tell its hard to sort out anything in the chaos when it comes to searching the games here. Unless you have a really large following that rates your game well I think you might just have games lost in the number of games here.

I was just contemplating a few points after reading your game dev blog post. I have also been wondering at the feasibility of creating an online game beyond the game itself, The business of creating an audience is not a little thing.

Anyways Good luck with your future endeavors what ever they may be.

Thanks Hectic for the kind words! It is indeed difficult to maintain an audience, but what I found the hardest was to cope with the fact that there is almost no audience beyond the initial release peak. My games - like many games out there - got buried very quick :-(

Hi blascymot, thanks for taking the time to write! Maybe my postmortem post made you think I was feeling bitter, but I don't :-) I started gamedev because it was a lot of fun. I was aiming for a time consuming game knowingly (i.e. roguelike) because that's the kind of games I wanted to code, I didn't want to do other games beforehand; it wouldn't have been fun.

After three years of coding games, the fun of coding was mostly gone, I had learnt a lot in the framework I was using (and didn't want to try others as I don't have the time resource); and the reward aspect of gamedev wasn't worth it; hence I stopped developing :-) And 4 months later I do not regret it at all ^^ I've read a lot of great books thanks to stopping gamedev, I've redone HL1 solo and I'm on the way of finishing Opposing Force; things that make me happier than coding games ^^

It is not planned at the moment, although I do still support an ASCII backend in my codebase (which is shared between Rogue vs Evil and Dungeon Mercenary). Dungeon Mercenary is a difficult game to extend because of the complex runic boost mechanism. For example, having complete descriptions of the effect of runics (and of applying runics) requires a lot of code and maintenance when things change :-( It's one of the reasons you cannot boost items in Rogue vs Evil.

i will check it out

and now i'm making my own dungeon crawler :)

it's on very early stages 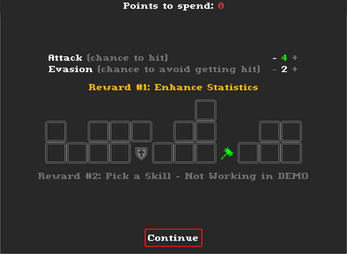 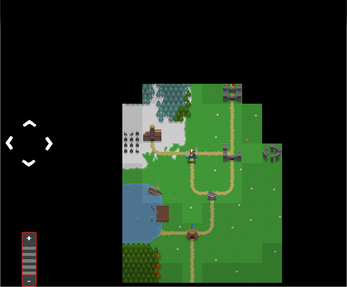 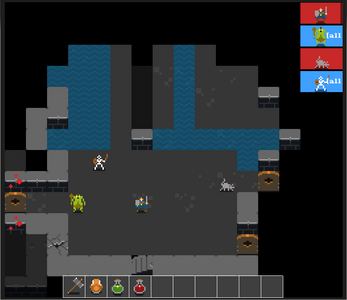 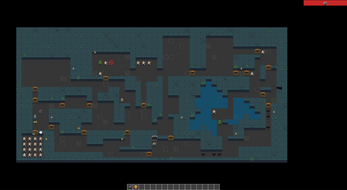 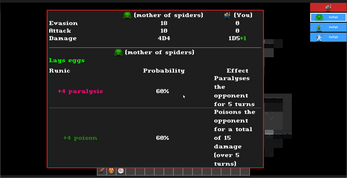 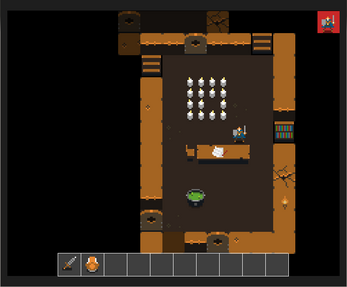